I've been working on a series of monoprints as part of the Bimblebox Bird Printmaking Project, a print series comprised of 153 bird species that have been recorded on the BimbleBox Nature Refuge.

The refuge is 50km NW of Alpha in Central West Queensland - 8000 hectares of privately owned, high conservation value land.  It was purchased in 2000 by a group of concerned citizens for the explicit purpose of saving it from land clearing.

Unforunately at present nature refuges are not protected from mining, and there is a proposal for a mega coal mine to be built in the refuge.

The print project is to support the protection of the Bimblebox Nature Refuge and raise awareness of the threats to its survival.

As part of the printmaking project, I was allocated one of the birds recorded in the refuge - the Crested Bellbird (oreoica gutturals).  This bird (according to my research) has a rich, musical call and a most unusual feature - its ventriloquial, meaning the bird can throw its voice.

I have described this characteristic in my print, by repeating and layering imagery of the Bellbird, along with pieces of Kangaroo Grass, one of the plant species in the area.

Its been a rewarding challenge to work with a bird I've never seen, but hope to one day when I get an opportunity to visit the refuge, assuming they save it from claws of the mining industry. 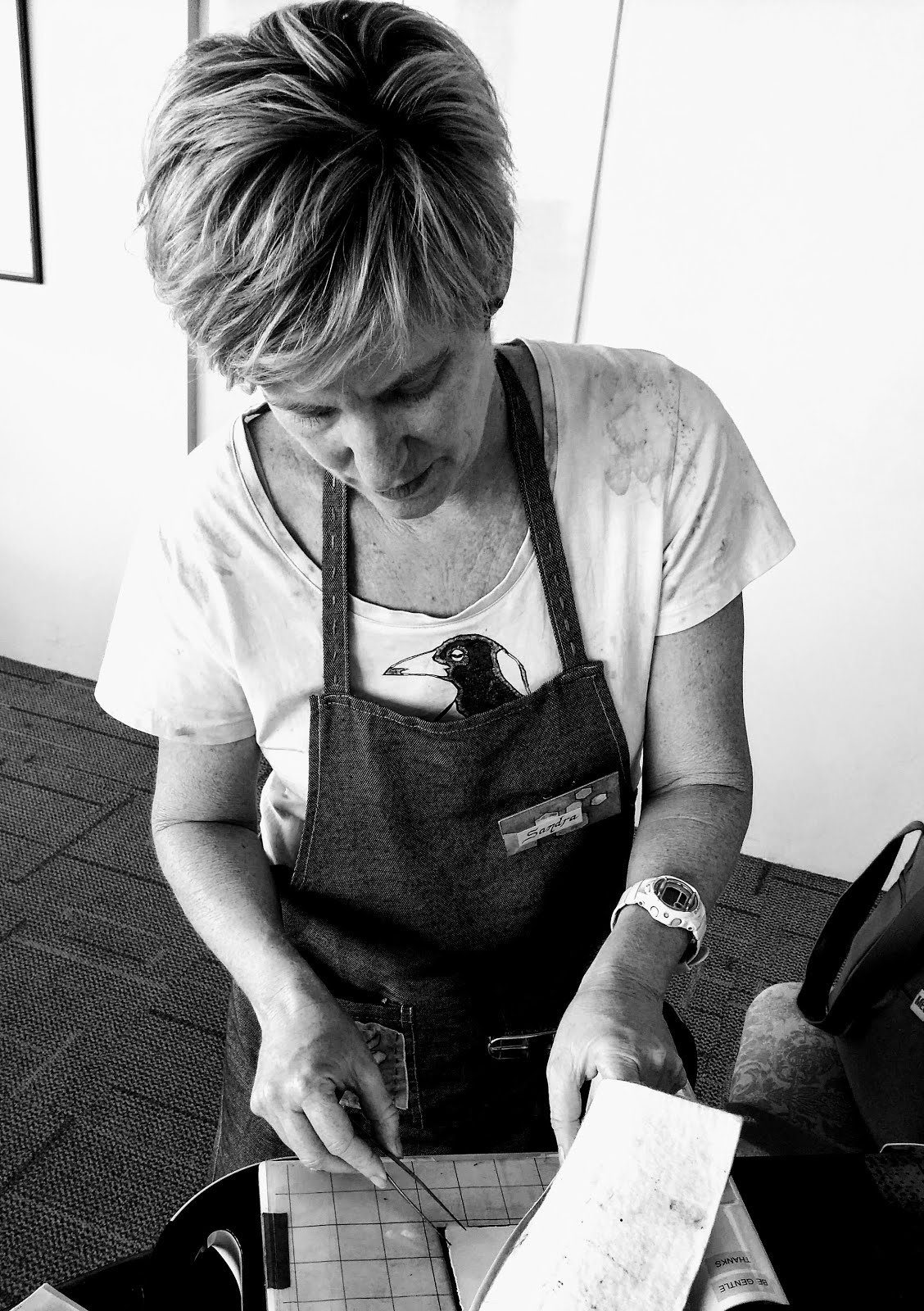