Come and join us!

On Thursday Jacki, Pam and myself set up our exhibition 'Branching Out' at the Mt Coot-tha Botanic Gardens.

We had our first day today, lots of visitors and fantastic feedback.  The Richard Randall Art Studio is an airy, welcoming space and we've filled it to the rafters with a variety of artwork including encaustic paintings, monoprints, artist books, dyed silk garments, paintings, pottery, sculpture and eco-dyed clothing.....phew.....PLUS lots of small items also for sale like cards, small paintings, pottery, books, journals, and lots more.  Everyone has been impressed with the colour and creativity of our artwork - its great to see it all up on display after months of hard work.

We're open Saturday 10am to 4pm and Sunday 10am to 3pm.  Our 'official' opening is at 2pm Saturday, join us for a drink and look at our wonderful artwork!

p.s. There's an Australian Plant show on at the auditorium at the gardens, so you can send your husband/father/brother etc to see that whilst you stop into our show....!

Get out your diary and pencil this one in!

Drinkies with the artists is from 2pm Saturday but you are welcome anytime, we'll be open 10am to 4pm daily.  All 3 artists will be on site during the exhibition.

I'll be exhibiting my new series of Willy-Wag Tail prints as well as artists books and other prints.

Also featuring eco-dyed clothing, silk dyed clothing, paintings and encaustic works amongst other things from 3 very talented ladies.   A real treasure trove of exciting and creative handmade work, with lots of goodies for sale as well.

I hope to see you there! 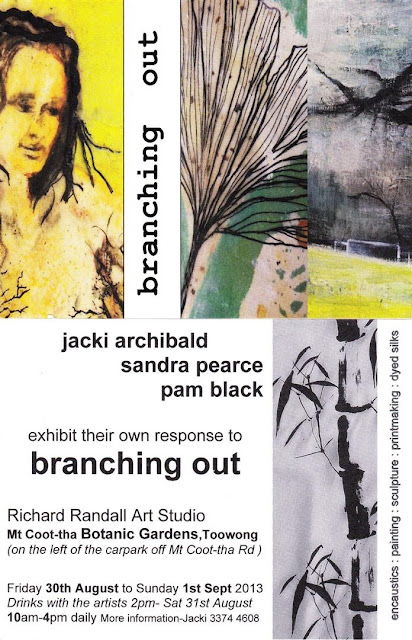 Yesterday I ran an Eco-Dyeing on Paper workshop for ATASDA, with 8 lovely ladies having heaps of fun with bundles of leaves, mysterious brews and concertina book formats.

A great time was had by all, with plenty of post-workshop enthusiasm to continue dyeing at home.
Thanks to everyone for making the day very creative and most enjoyable.

I've been working on a series of monoprints as part of the Bimblebox Bird Printmaking Project, a print series comprised of 153 bird species that have been recorded on the BimbleBox Nature Refuge.

The refuge is 50km NW of Alpha in Central West Queensland - 8000 hectares of privately owned, high conservation value land.  It was purchased in 2000 by a group of concerned citizens for the explicit purpose of saving it from land clearing.

Unforunately at present nature refuges are not protected from mining, and there is a proposal for a mega coal mine to be built in the refuge.

The print project is to support the protection of the Bimblebox Nature Refuge and raise awareness of the threats to its survival.

As part of the printmaking project, I was allocated one of the birds recorded in the refuge - the Crested Bellbird (oreoica gutturals).  This bird (according to my research) has a rich, musical call and a most unusual feature - its ventriloquial, meaning the bird can throw its voice.

I have described this characteristic in my print, by repeating and layering imagery of the Bellbird, along with pieces of Kangaroo Grass, one of the plant species in the area.

Its been a rewarding challenge to work with a bird I've never seen, but hope to one day when I get an opportunity to visit the refuge, assuming they save it from claws of the mining industry. 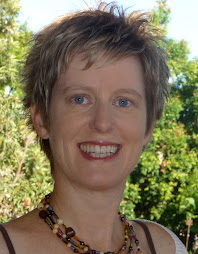